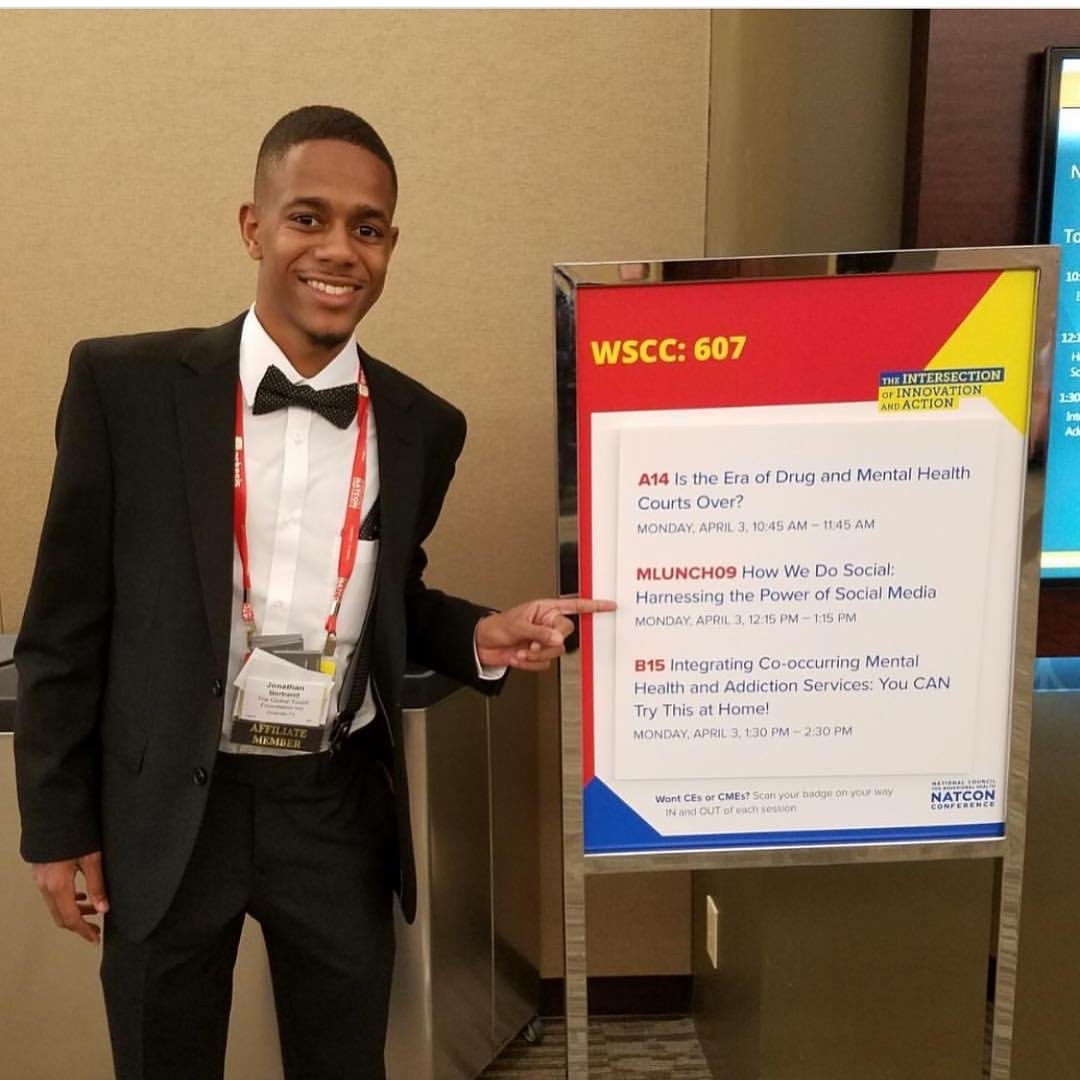 Mr. Bertrand over the past 12 years has set out to develop a leading platform with companies designed to address the " Social Media User " and their usage. Mr.Bertrand has set the global standard based in " Florida ", USA. Bertrand is not just passionate about connecting the users with themselves but also connecting and building international and national relations on the premise of awareness and change the way we use all forms of media that includes online interactions via text, video, vr etc. 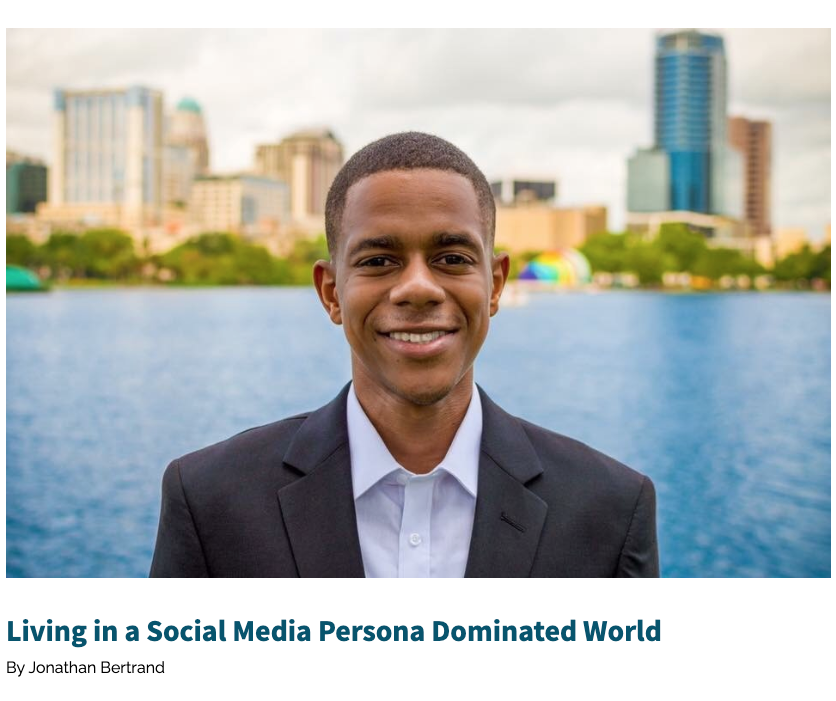 In the wake of COVID-19 we’ve come to realize that a new day in age is upon us, as an African American male dealing with the

pandemic as well as social injustice it has been a stressful time. Having dealt with a near two-month lock down plus Racial

our best not to live in fear. Now to address life after COVID-19 and enduring, it’s opened my eyes to the reality that the term “

Friend ” is used loosely, to stoppage of proper communication was actually people temporarily filling in void’s they once never

addressed. Having dealt with anxiety in my early year’s a sense of loneliness struck me during this pandemic having triggered a

lot of emotions that were either hidden or soon surfaced, after 2 months of lock-down I was at my wit’s end and had to take a

fashion. Now with all this to be said this is just the beginning of a transition that will soon become normal life, yes we can’t

stop a pandemic from happening but fear and misinformation was all too prominent, and not having clear leadership on a national

and international level made things a lot more difficult not just mentally and physically but also financially. For the last five

www.SocialMediaAwareness.com , and sadly how it’s impacted our lives as users .To see how social media is being used to target

our position in the world as American citizens have changed and it’s being showed on how we handle pandemics,Police brutality and

politics for the very citizens needing help. Now being someone with a disability and having dealt with specific learning

and influences and trauma past and current. Whether it’s a post online or place of origin or religious belief attacking someone

with this for those who seek guidance on how to handle this with the utmost urgency when you see something, say something but also

numbers. Don’t lose faith and there is hope. “ One post can change the mind, one can change a generation” 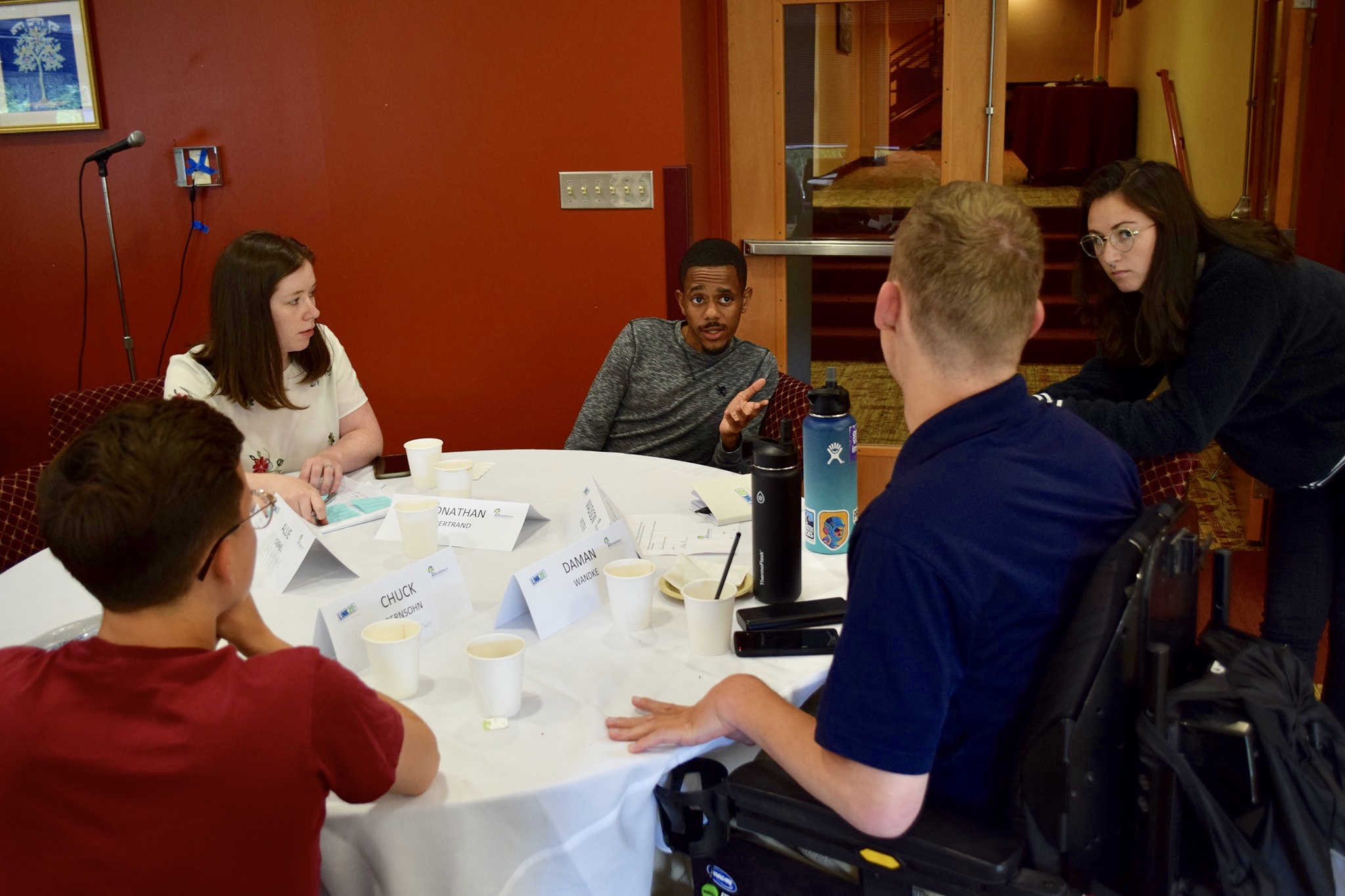 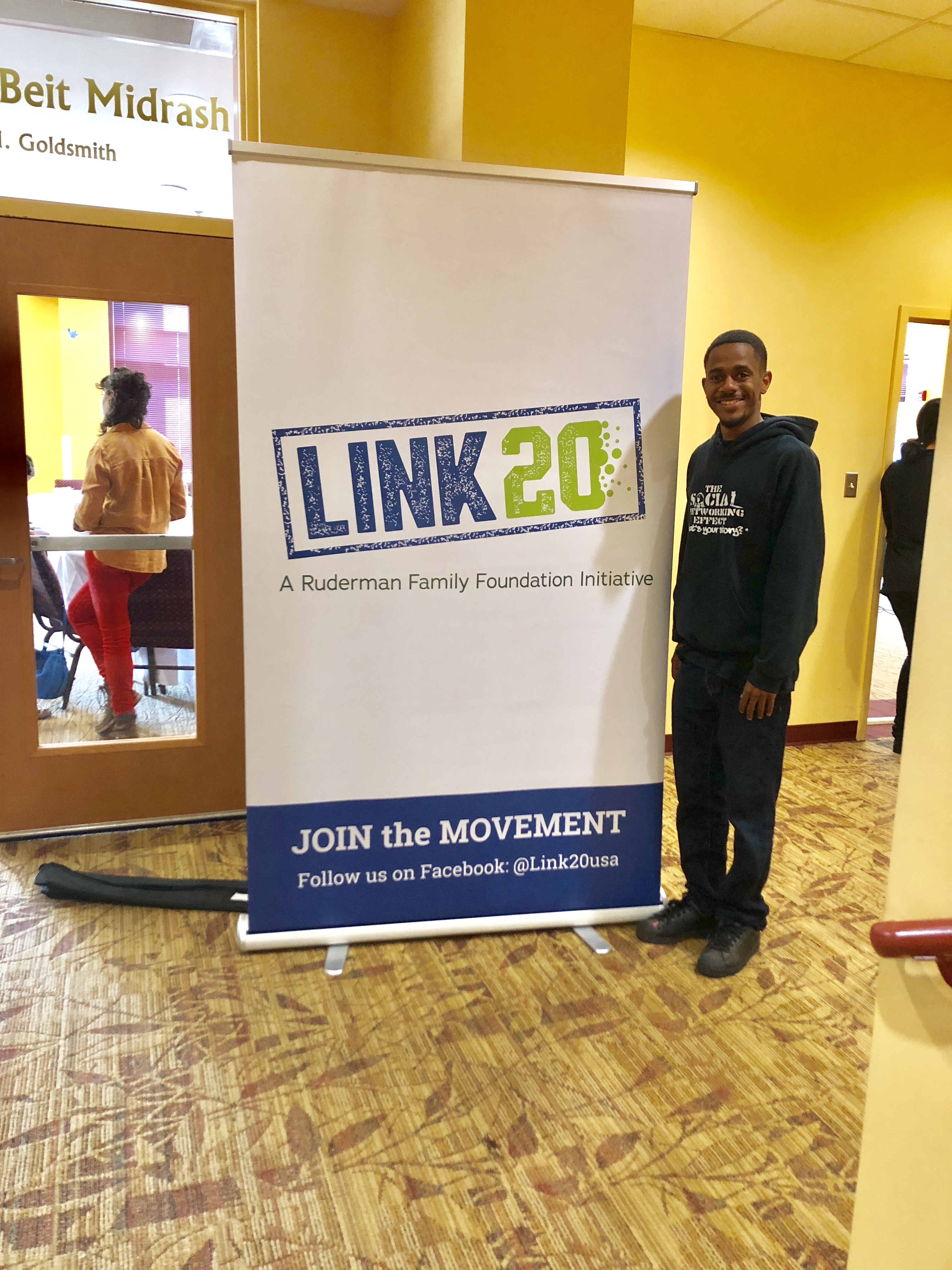 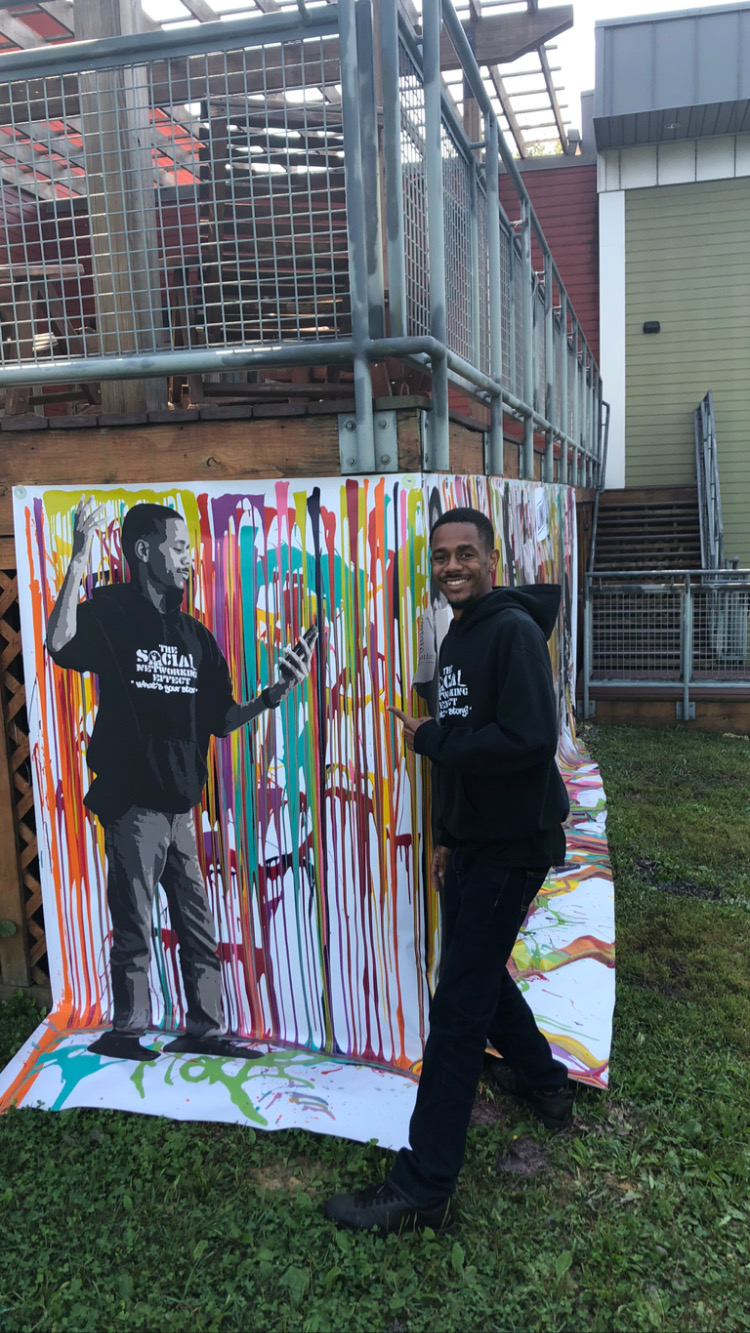 Our goal is to expose the effects of social media and mental health impact through research. Many people suffer (Physically/Mentally) from exposure to negative Media.   We will do this by creating a curriculum that will be available to ALL learning facilities.  There are 5 basic areas we are concentrating on….they are EDUCATION, RESEARCH, MENTAL & PHYSICAL HEALTH AND POLICY, PARTNERING WITH INTERNATIONAL BUSINESS  AND INSTITUTIONS. 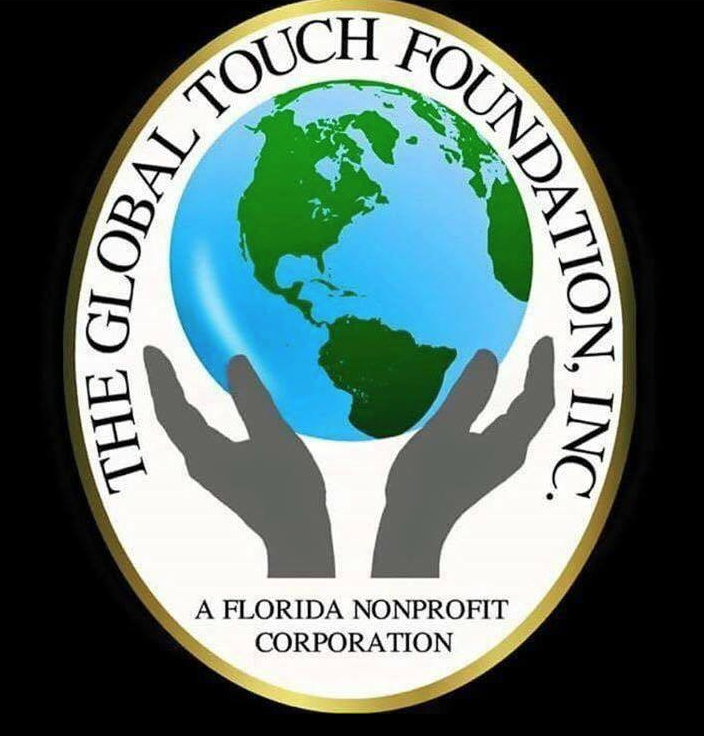 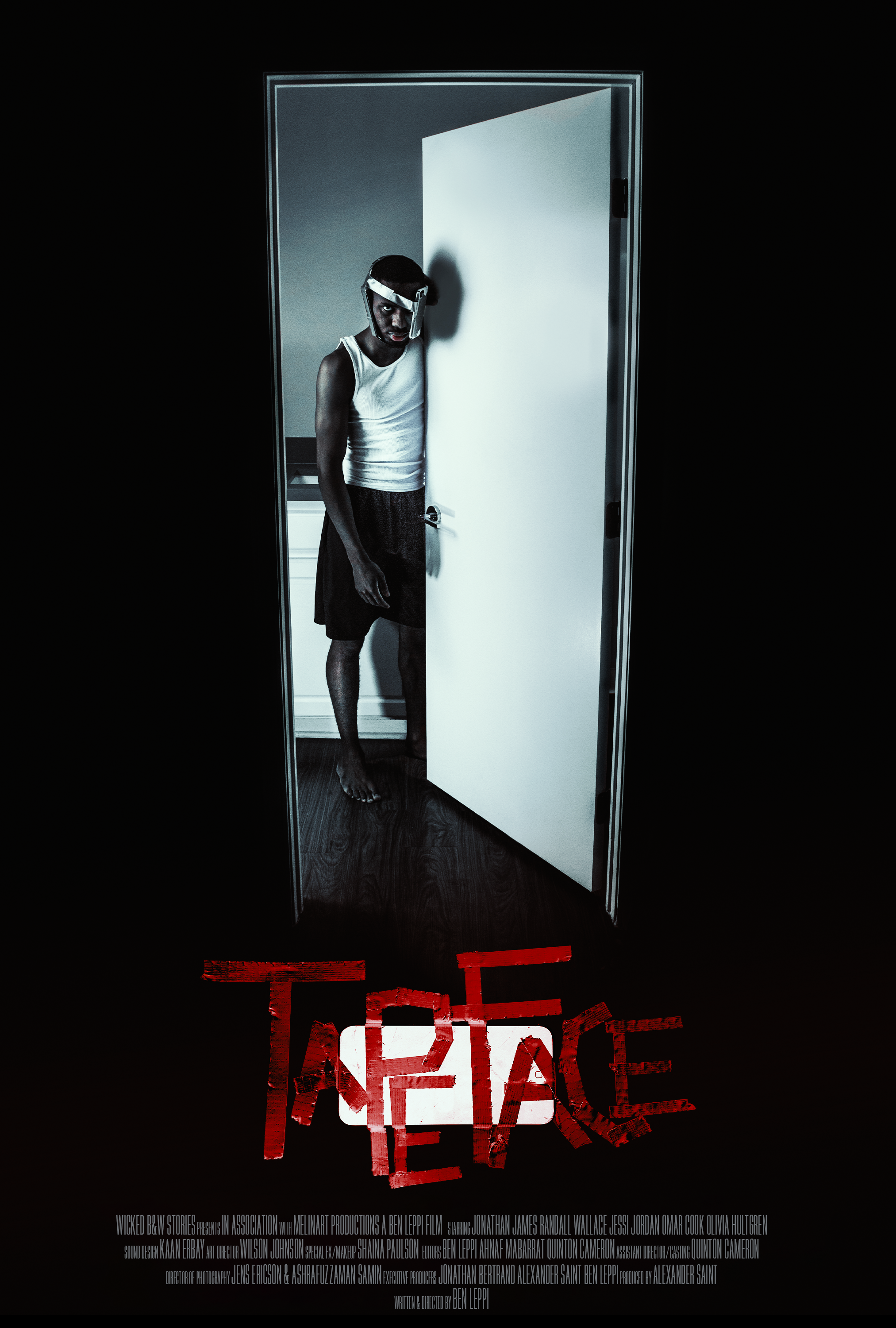 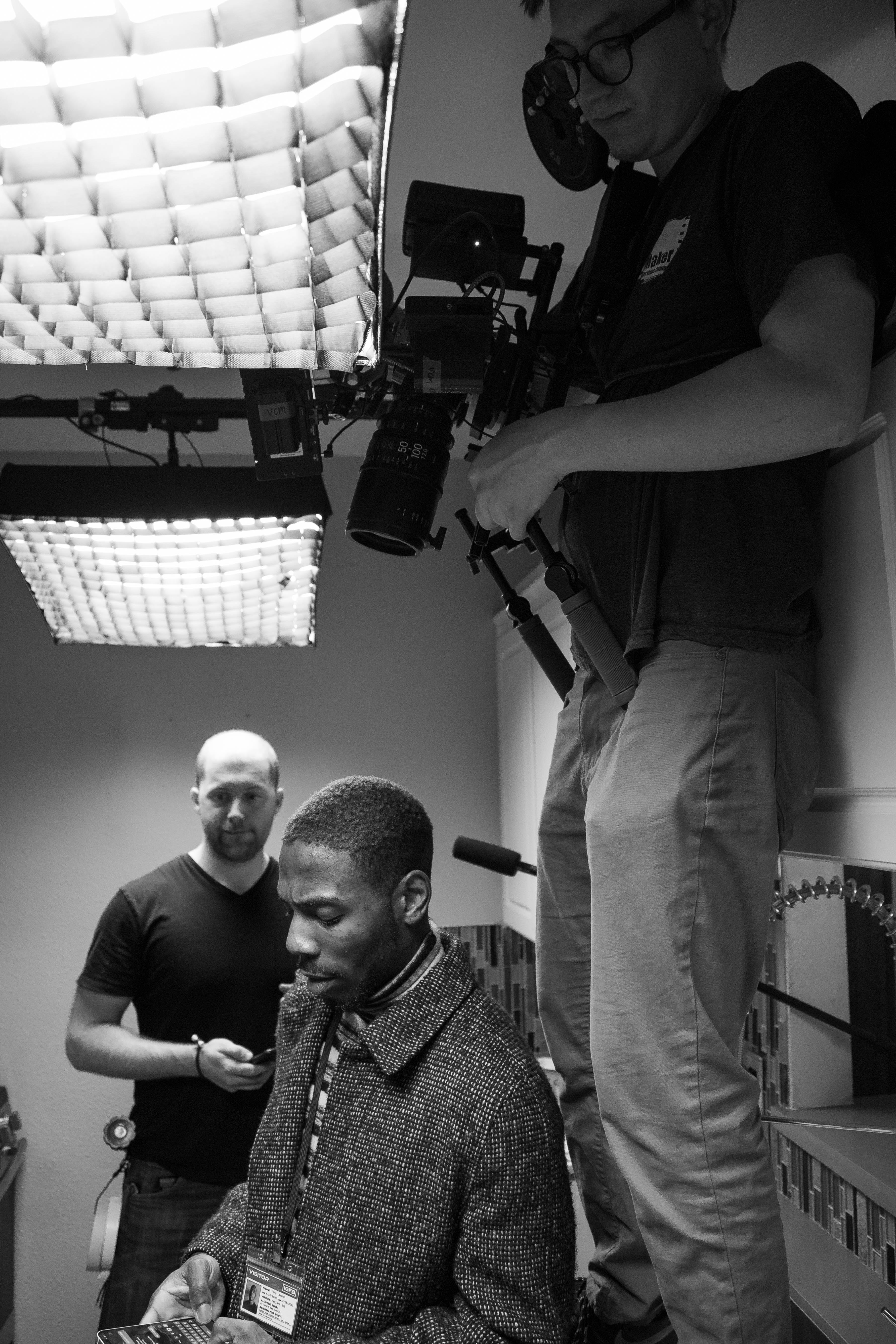 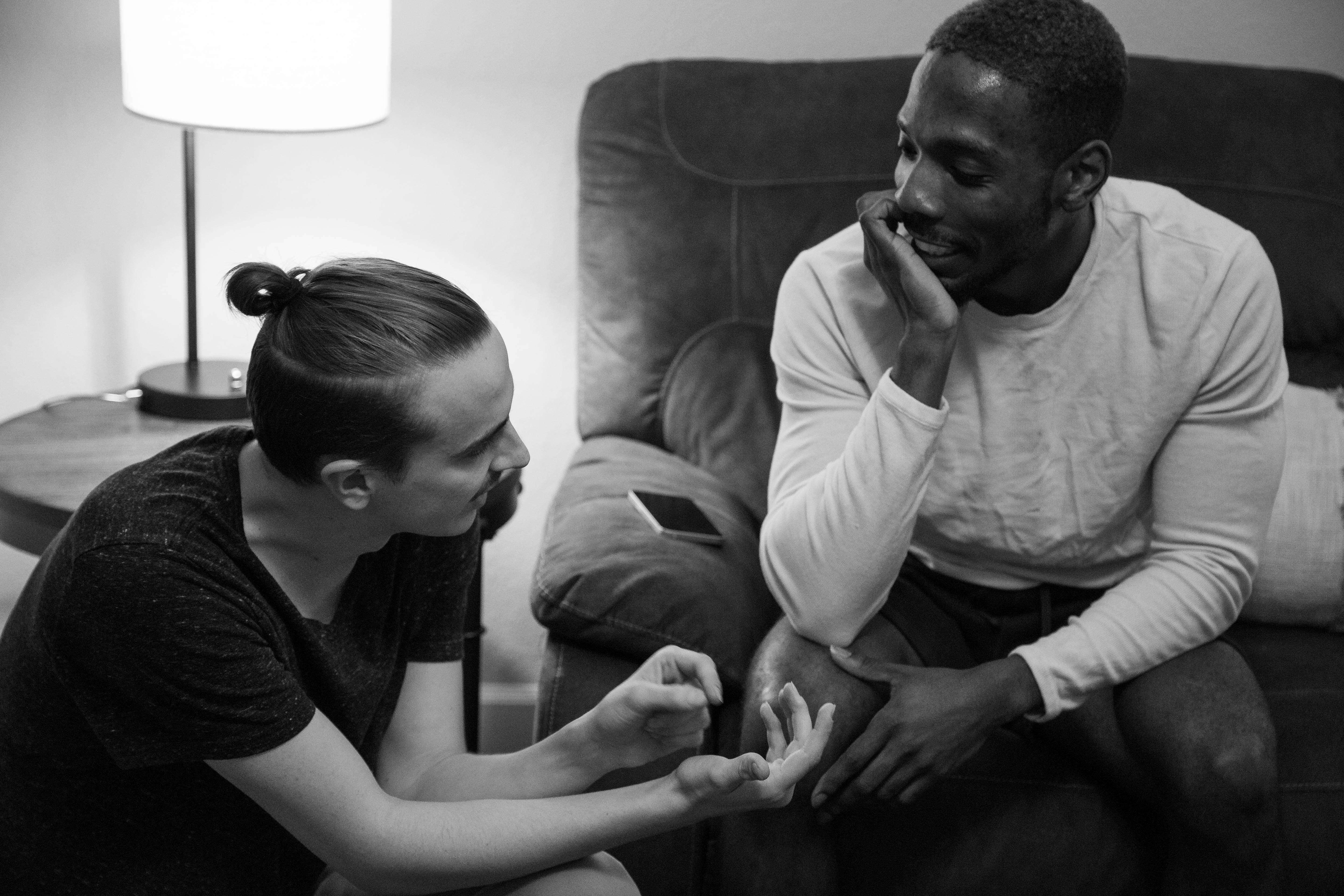 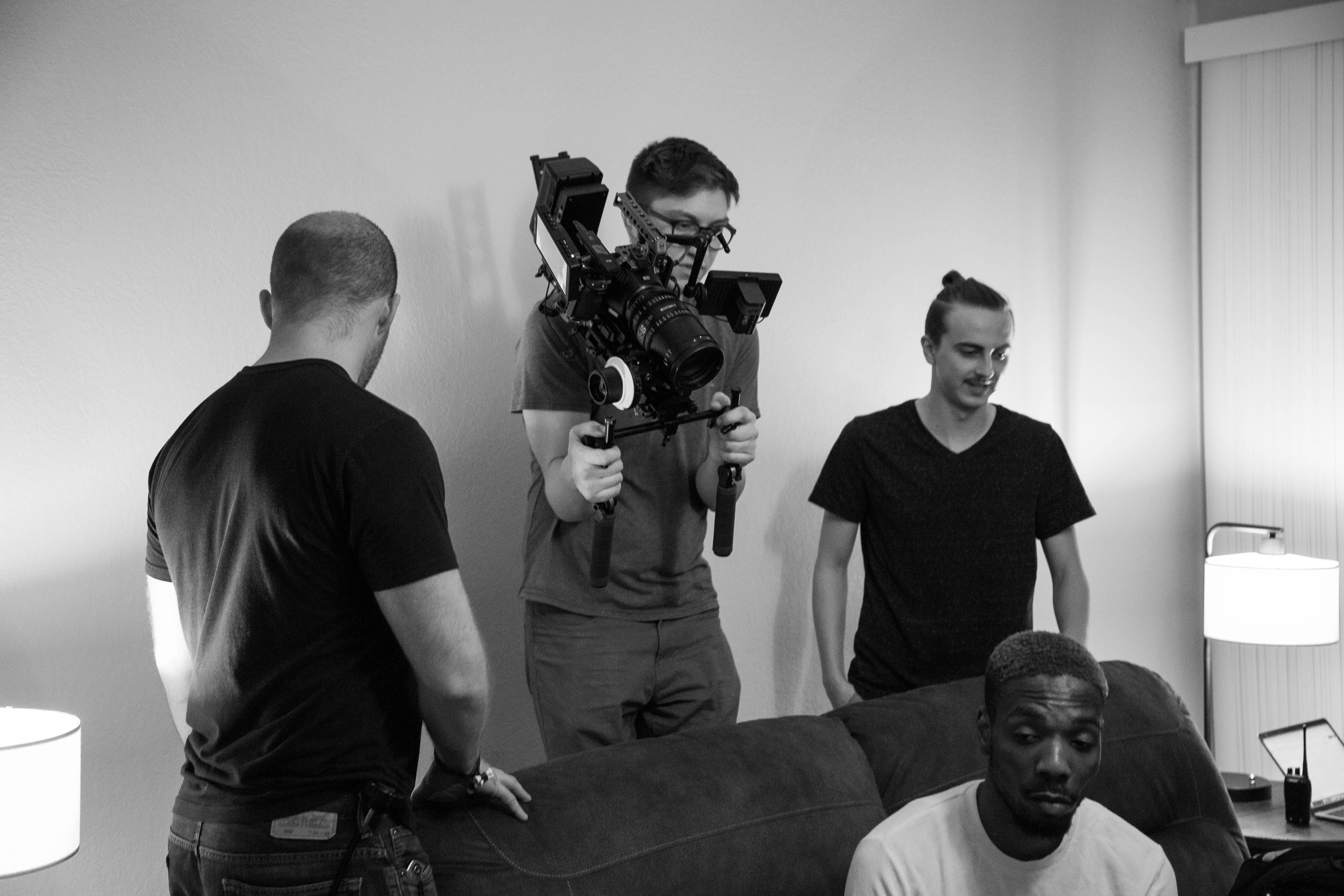 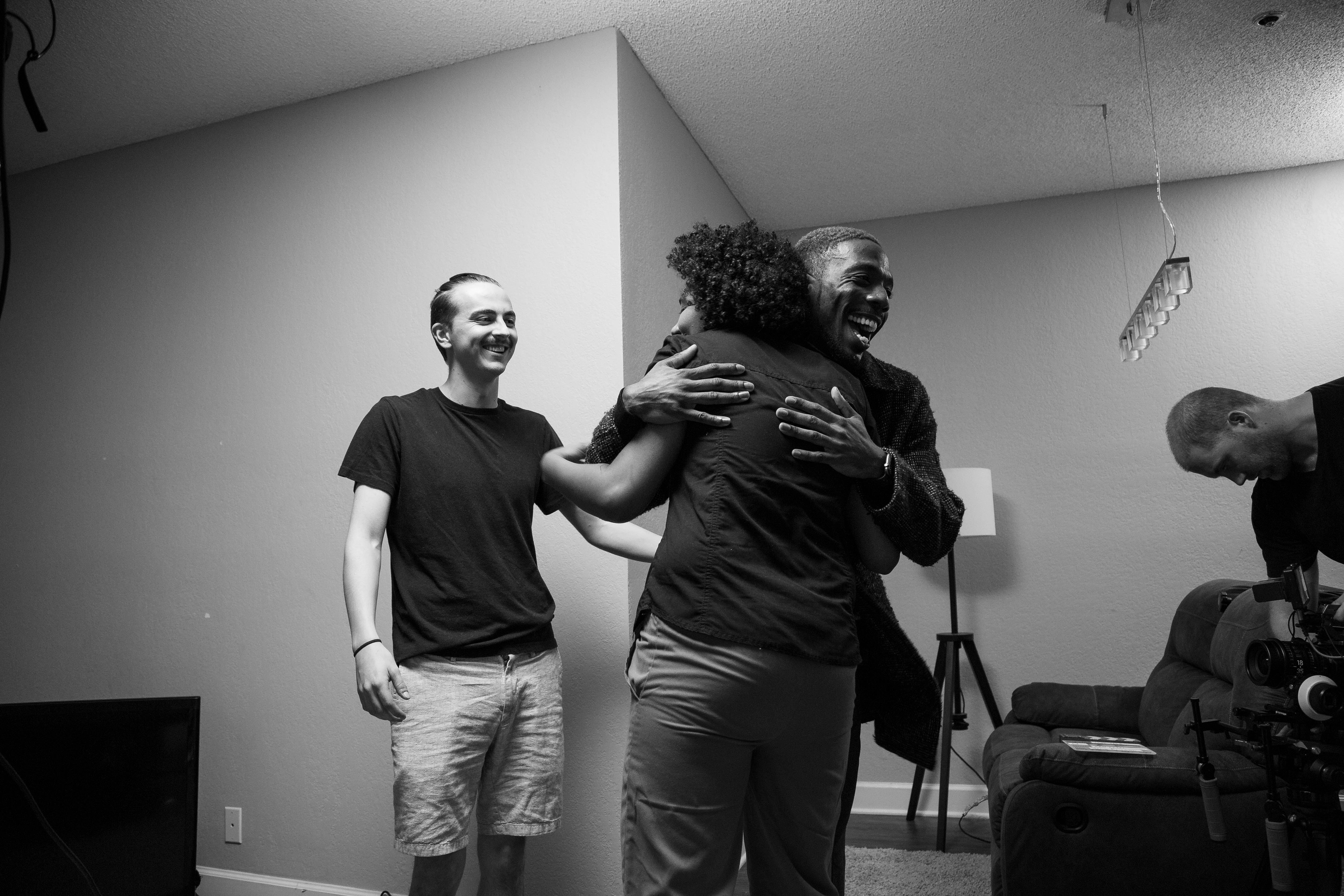 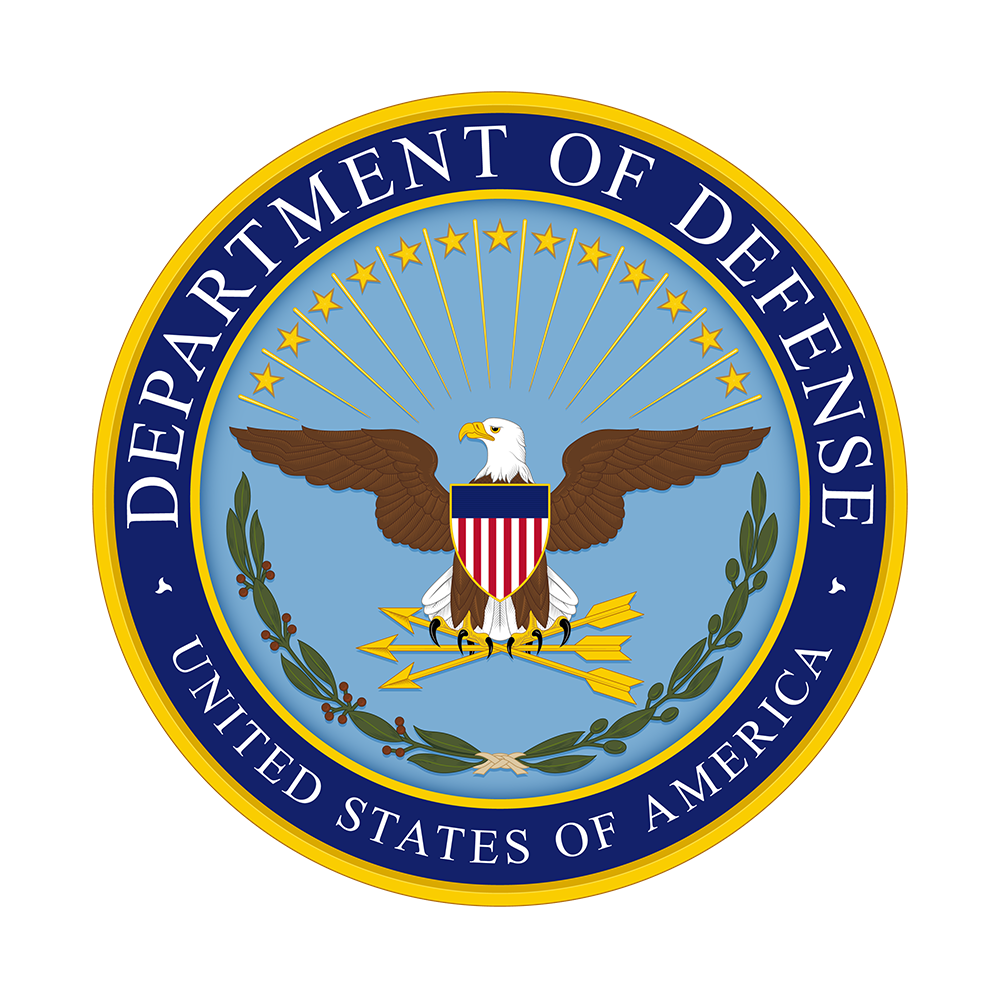 Hire Jonathan For Your Next Event

Social Media Dependence - In Person Seminar on how Social Media can serve as an addictive substance because its constant stimulation activates the brain's sensors that release dopamine; resulting in symptoms of withdrawal when the user is deprived of it.

Social Media Narrative - Virtual Interview on how Social Media impacts education on those who are impacted by the Incarceration system.

Social Media Cross Section For Disability Inclusion - away, behind the word mountains, far from the countries Vokalia and Consonantia, there live the blind texts.

Mental Health Event - In Person Seminar on how Social Media can serve as an addictive substance because its constant stimulation activates the brain's sensors that release dopamine; resulting in symptoms of withdrawal when the user is deprived of it.

Social Media Addiction Master Thesis - Virtual Interview on how Social Media impacts education on those who are impacted by the Incarceration system.

Introducing Social Media Awareness - away, behind the word mountains, far from the countries Vokalia and Consonantia, there live the blind texts.

April 1st 2017, Panelist Harnessing The Power of Social Media - Bertrand is a pioneer of Social Media Awareness and introduces various new terms such as his " Triple Conscious Theory" and "Social Media Dependency Disorder". His ultimate goal is to develop educational platforms for educational institutions, workplace environments, and the US Military.

The Biological Self is comprised of the basic functions that can impact daily functioning like sleeping, eating, energy, and somatic experiences.

External The Social Self covers the area of life that relate to the various relationships one may have including family, friends, lovers, strangers, community, and society.

Internal The Spiritual Self deals with the essence of life, what many would call the source of being alive. This can refer to faith-based belief systems, religions, or any other practices intended for self-improvement, self-fulfillment, purpose, or enlightenment.

Learn More About Our Industry Classess

WHAT YOU GET FROM JOINING THE SOCIAL MEDIA AWARENESS INDUSTRY

Learn The Five Part's Of Mental Health and Behavioral Health

PARTNERED WITH sOCIAL mEDIA rESEARCH inSTITUTE, THE CREATION OF PIONEERING TERMS AND METHODS HAVE BEEN POSSIBLE OVER THE COURES OF 12 YEARS.

Partnering with current researcher and expanding our understanding in various countries. 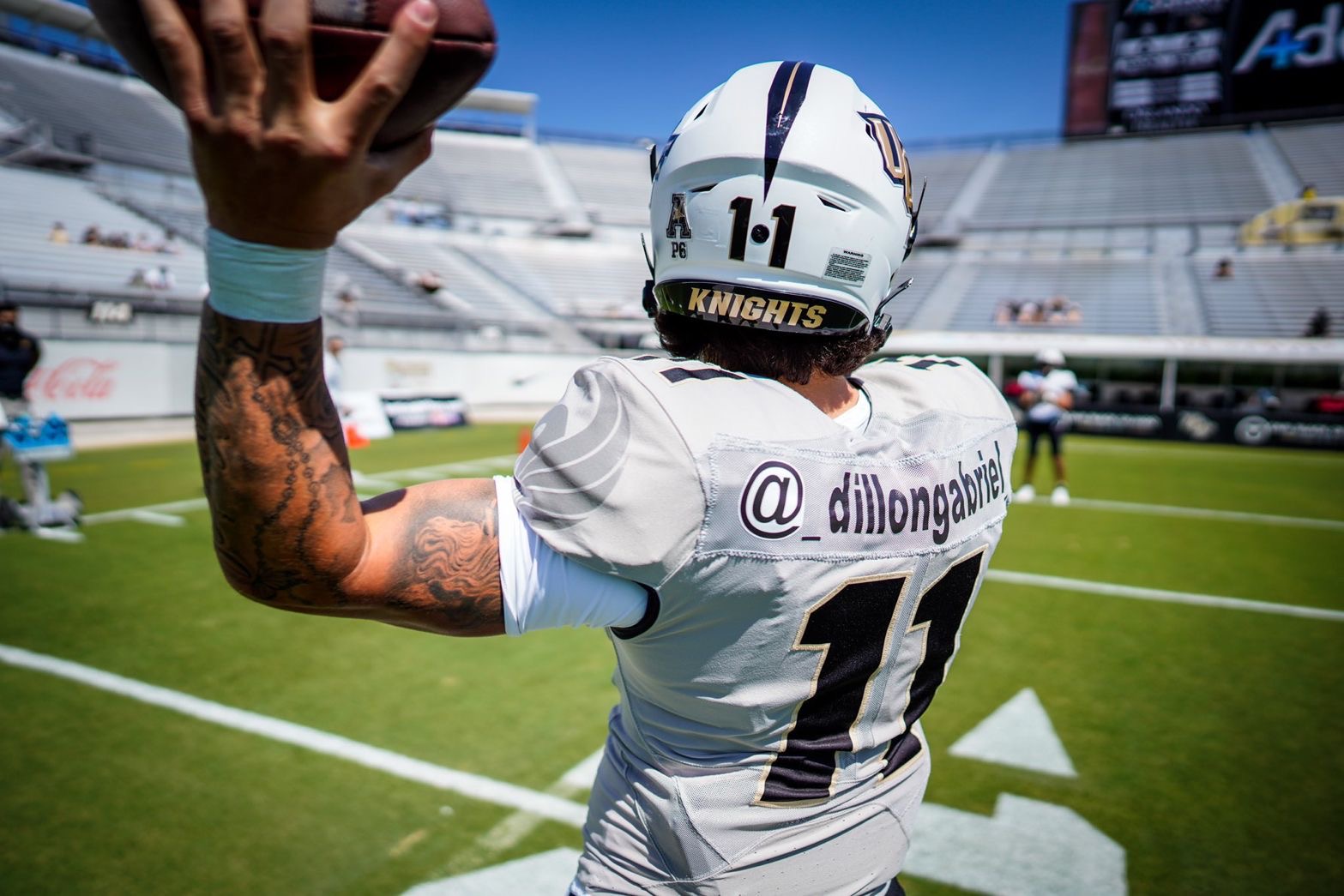 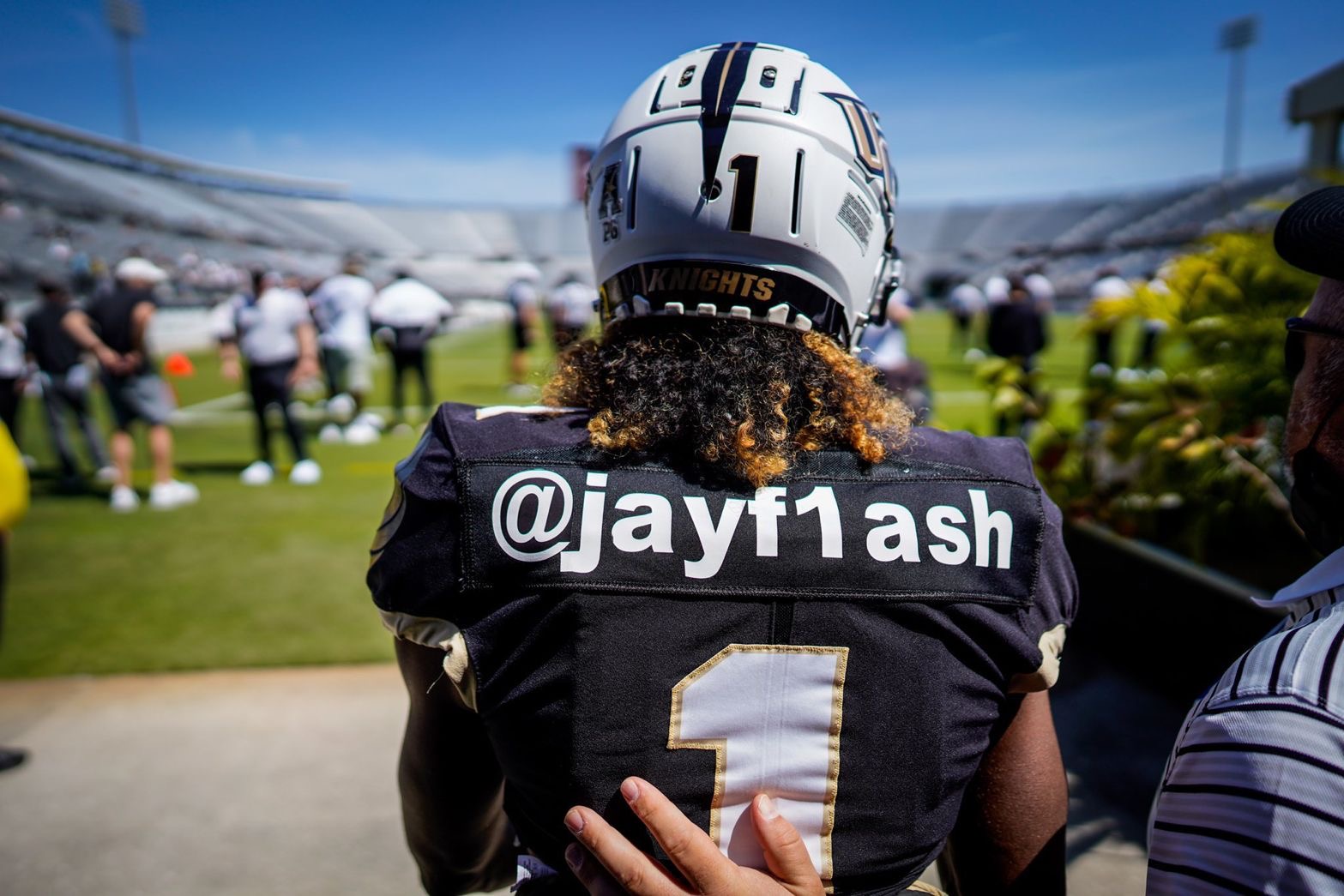 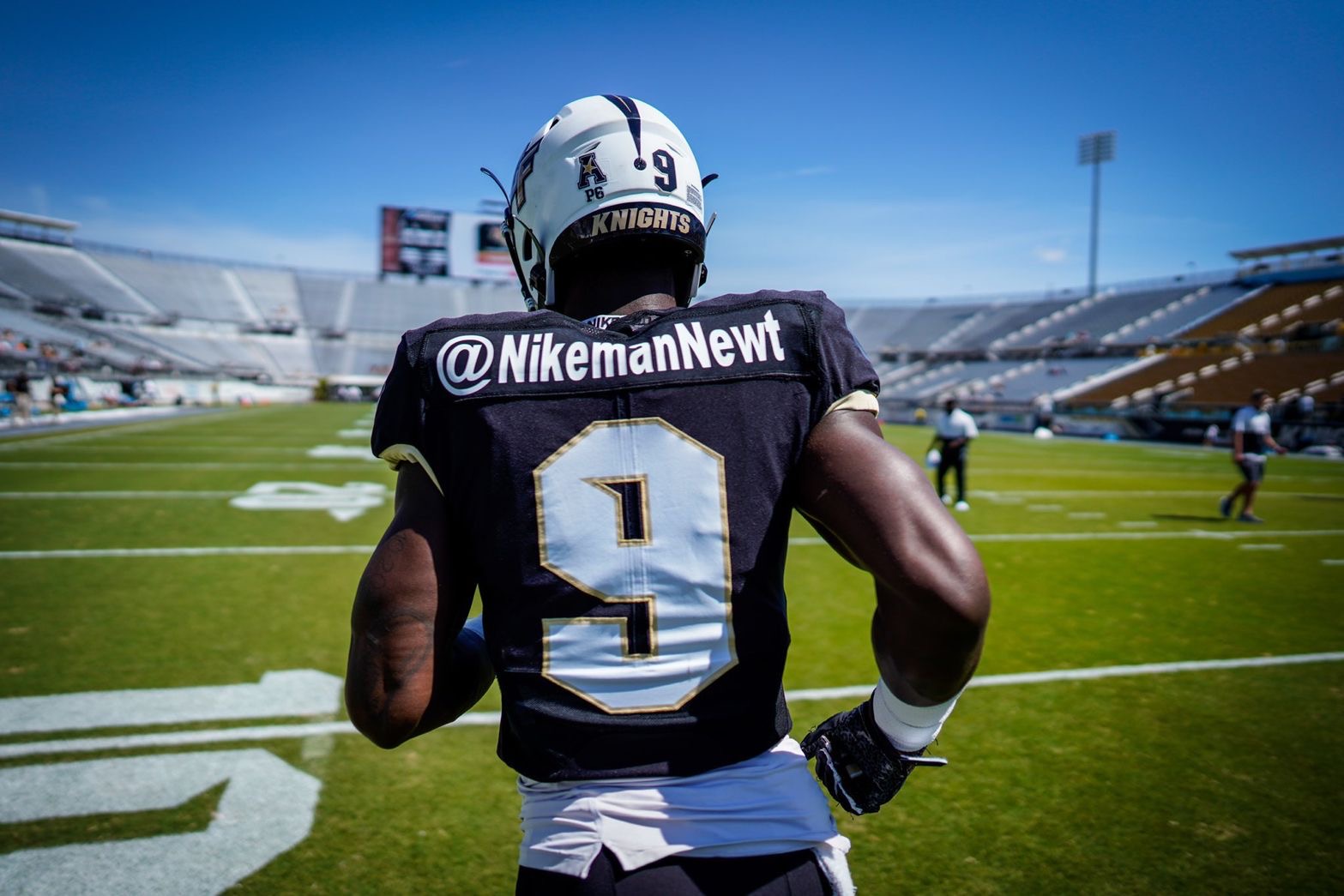 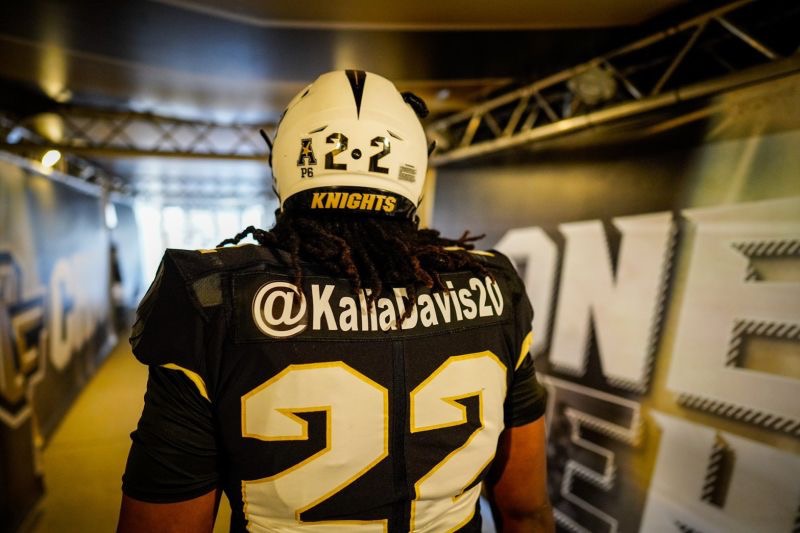 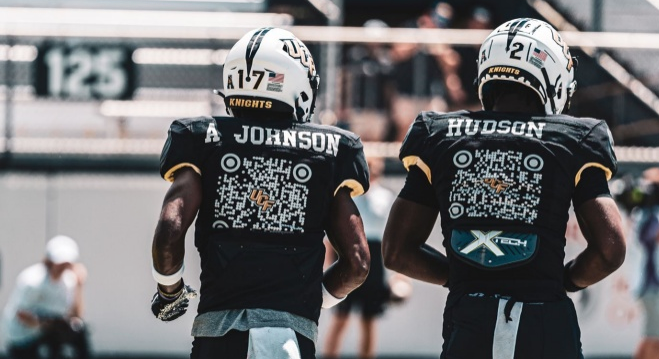 Book Jonathan At Your Next Event

Virtual Rooms, Live-Streams or In Person

Developing Cognitive-Behavioral studies to create a safe and supportive environment to guide the Social Media User.

Strengthening relationships between communities and people who are reengineering the meaning of social media.

Investing in philosophically advances that are constantly transforming, and creating new possibilities. 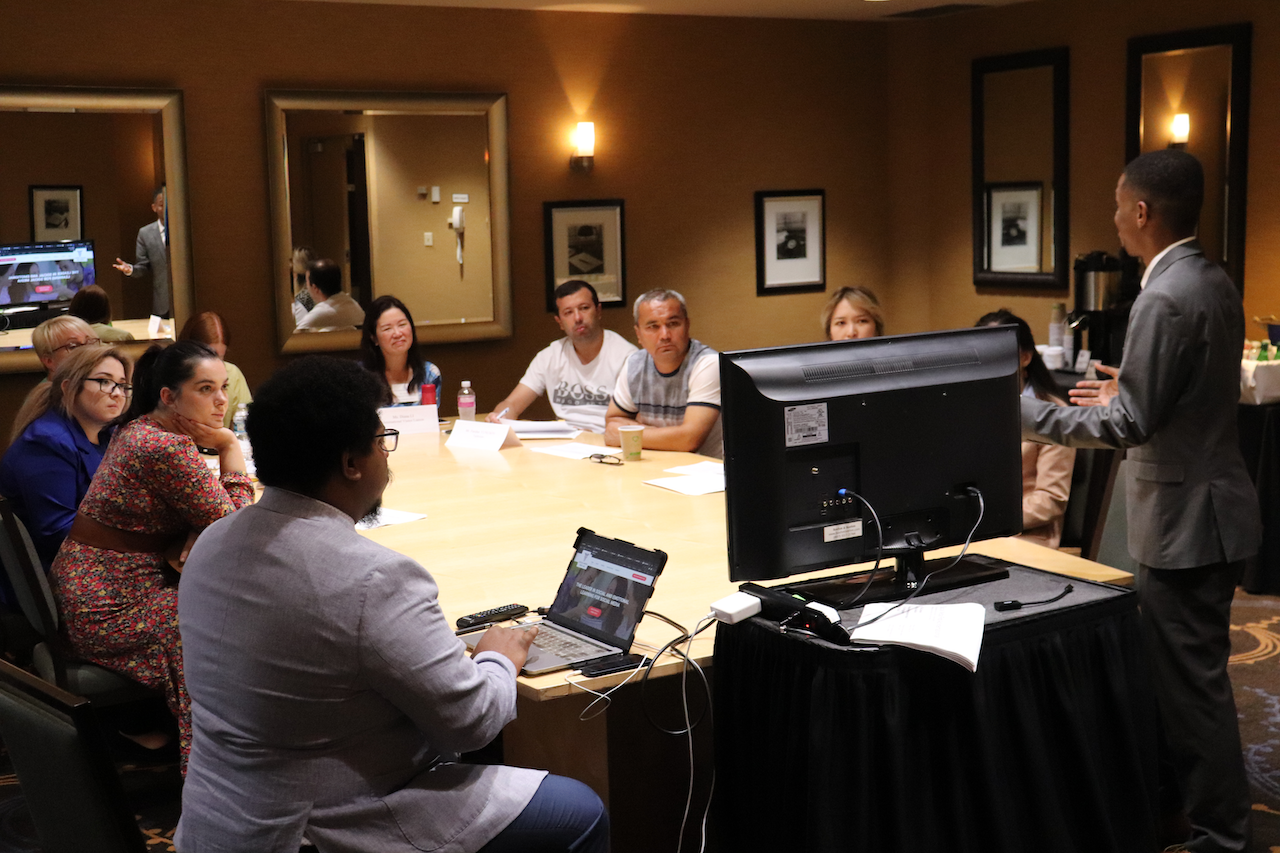 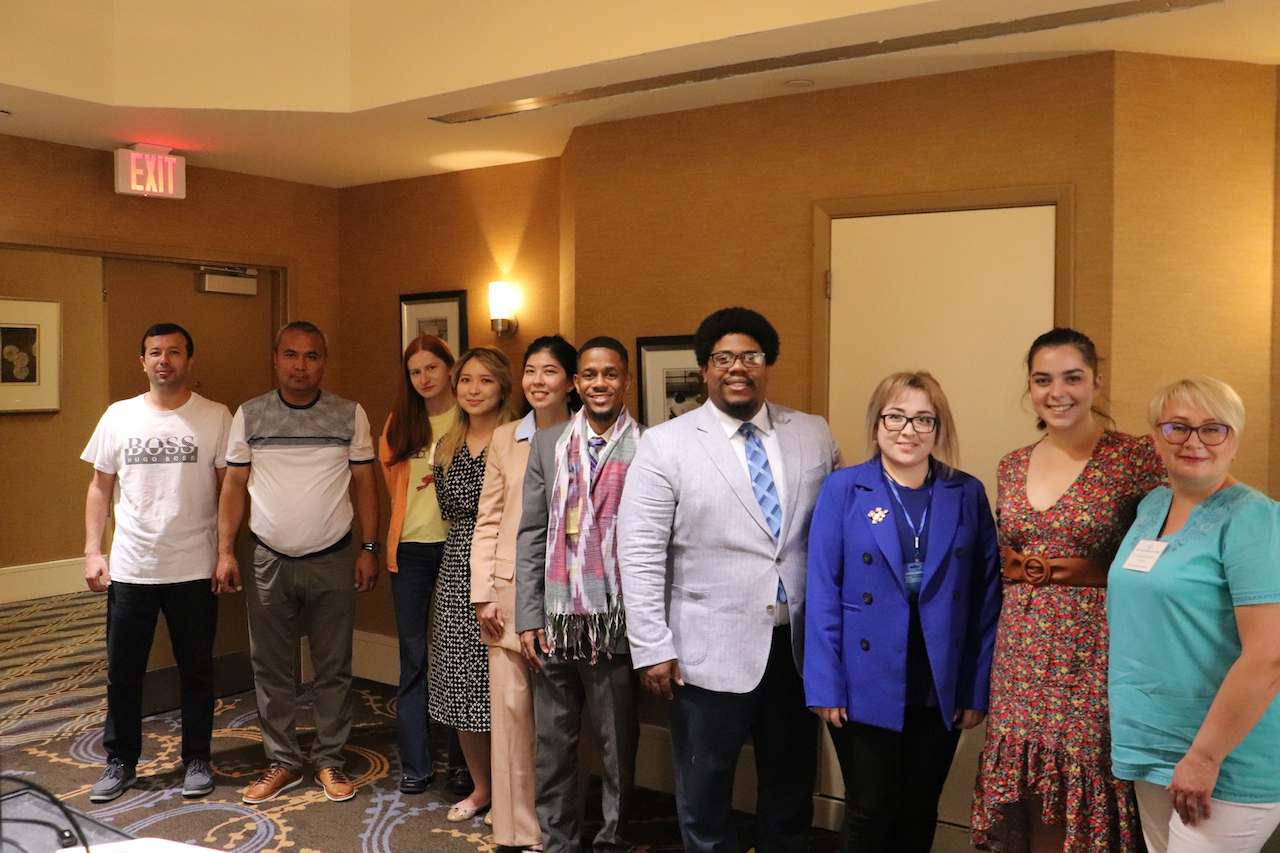 The Social Media Awareness movement is addressing the online realm, as we currently know it. Currently , there is a lot of question on what is freedom, who is in control and what is real, do we own our own data in relation to privacy, and what is fake or considered propaganda and are we sovereign in the online world or is our identity being controlled. As a global connector and observer of the online world, We've learned that many realities are exposed that before the introduction of social media would take years and sometimes after tragic moment's to realize. The whole purpose of “ Social Media “ was to be Social in the online space giving us unprecedented access to people of all levels and statuses.

Social Media has streamlined communication to a degree where now it’s distorted on a national and global level. This global and national distortion has given rise to beliefs in counties that would be forbidden and old industries

being exposed for what once only insiders would know. This disruption of the “ System “ is no longer a contained narrative, it’s now been proven that Social Media can be used to topple powerful governments and using misinformation regardless of a political party, this creates new social changes amongst the online class system built in the online world.

This new class system is addressed and created based on LIKES AND FOLLOWERS, like any new social club or “ Society “ there have to be leaders and followers and in the Social Media World, there is no physical interaction to secure control of an audience like physical world influence and past historical events it required an ideology to be developed and then a group to deliver the messages and eventually parties were formed to push the which requires Social Media, the companies themselves are privately held companies that are independent of government with their CEO’s as the de facto leaders of this Social Media World, these CEO’s whether intentional or unintentional have changed the very fabric of communication and self identification which requires subconscious understanding.

When it comes to the ethical usage of Social Media is now operating in dangerous territory, when users questions national security and their rights in the online world we bring into question like any newly built realm or territory there are boundaries to which a person or group belongs to in order to build a self identity and markers to know habits and beliefs and functions. In the online world, there is a new type of name for this online subconscious development called the “ Social Media Persona “ introduced by the Triple Conscious Theory a nod to W.E.B Dubois in relation to African Americans in the 20th Century. When understanding this “ Quantum Theory “ of the 21st Century and putting a name to the persona that an individual would create in order to build their online and how others would address based on post, comments and interactions and influence in that specific space and time to understanding an personas “ Social Media Subconscious “ .

When understanding someone's Social Media Subconscious we must observe not just the habits but their online mark, meaning why they use and what is their desired outcomes for using that specific platform. So we in the same term do in depth “ Cyber Psycho Analysis “ of the self built profile of the person. There is no specific time frame to identify when a Full Cyber Psycho Analysis is completed or What a fully developed “ Social Media Persona “ is in terms of full life cycle.

Supporting The Global Development of Social Media Awareness Since 2015 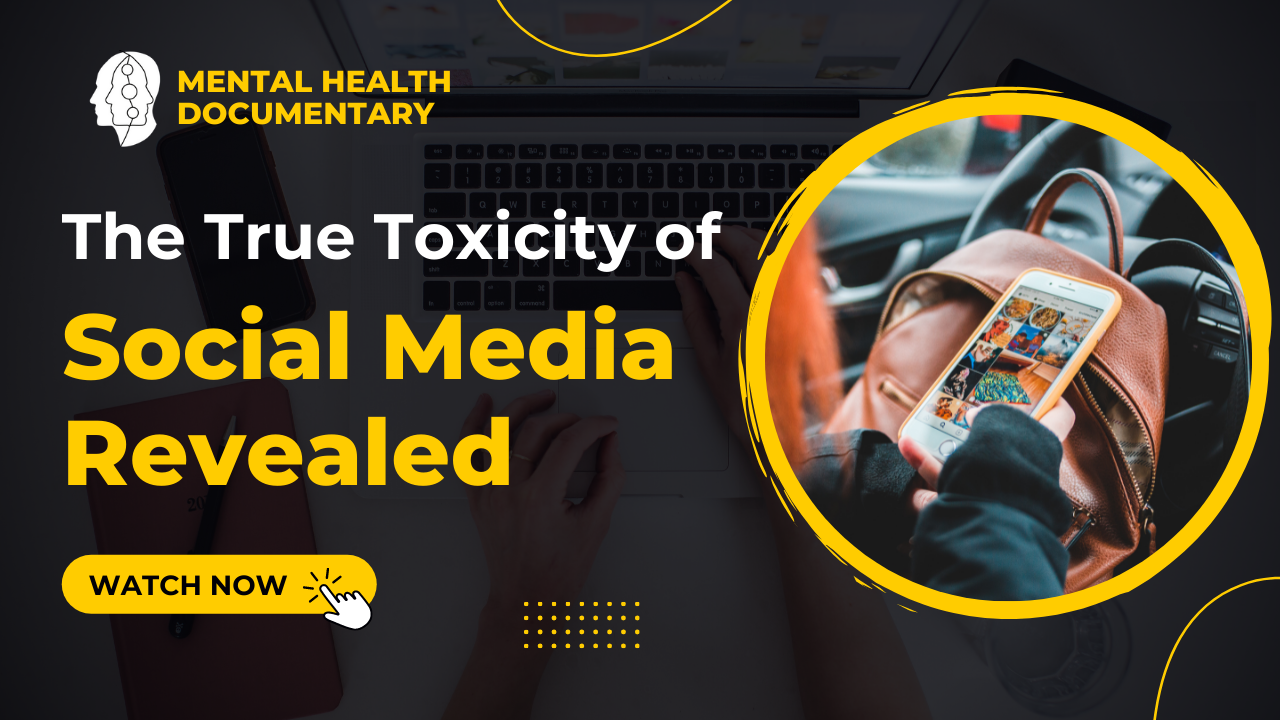 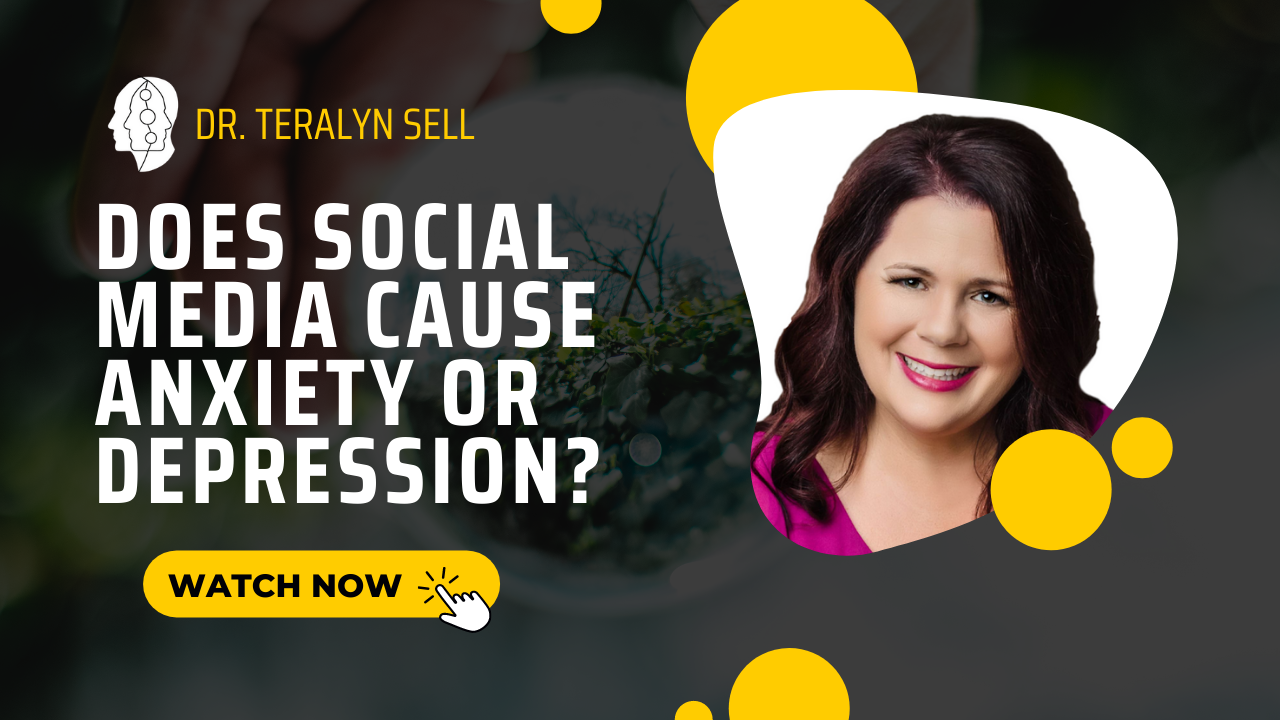 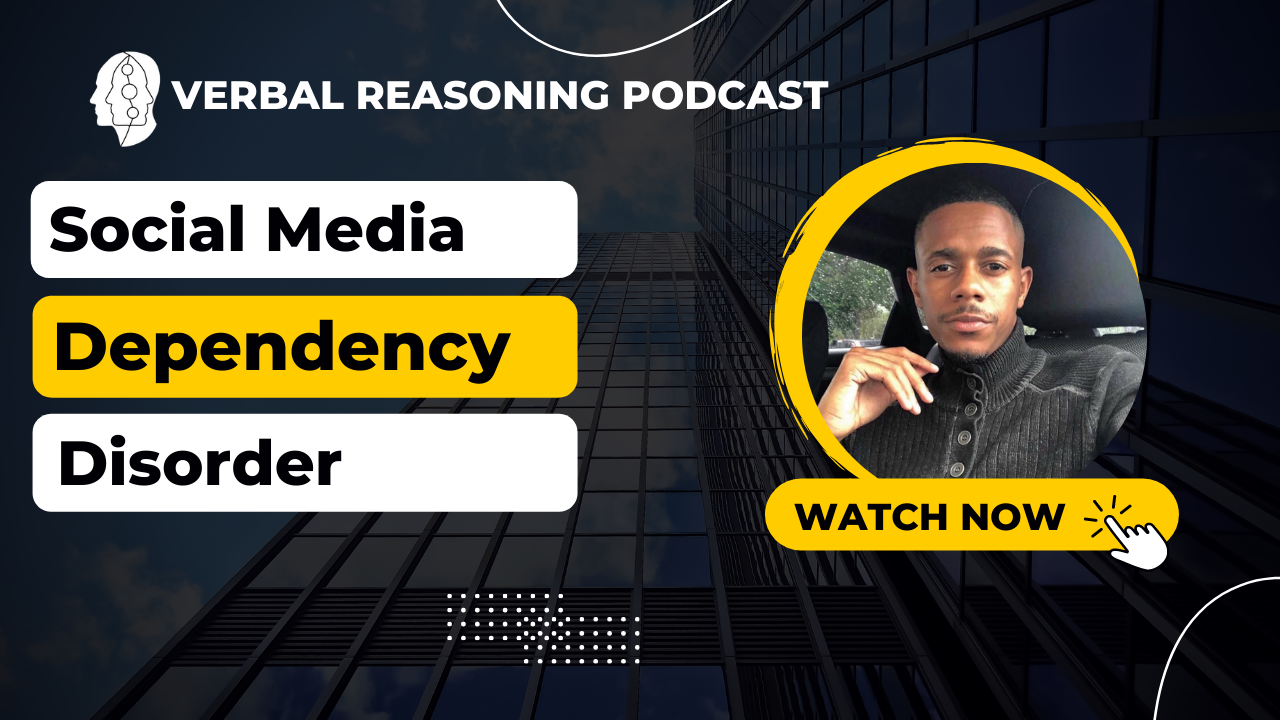 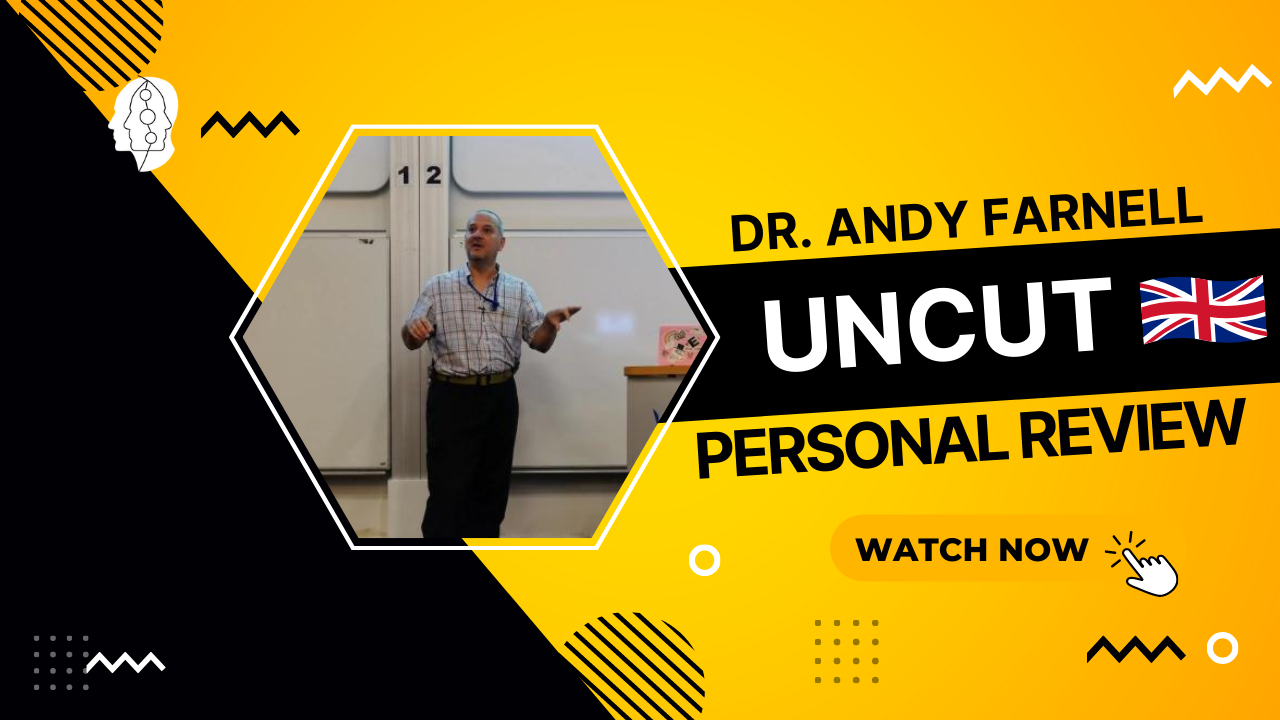 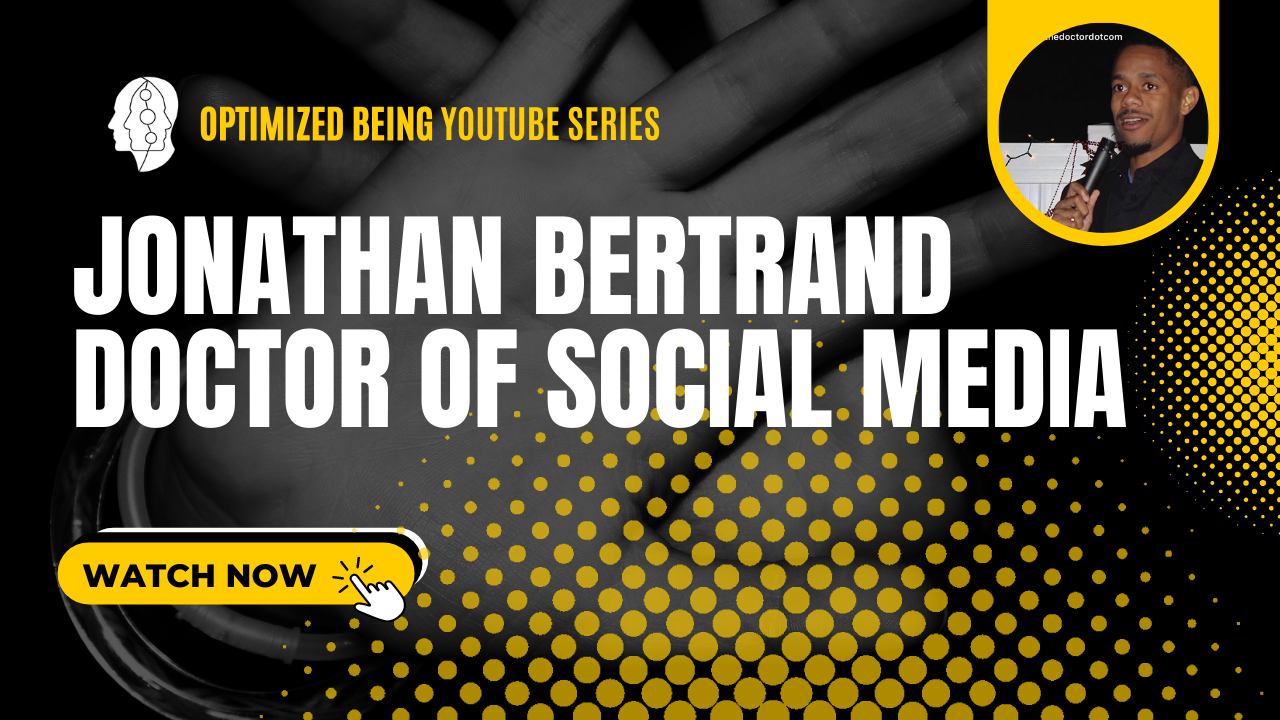 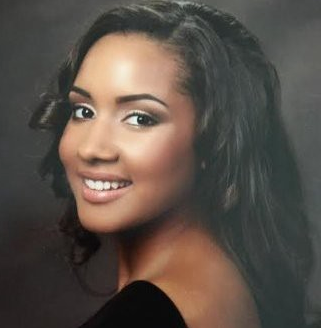 Step back and re-think how social media is shaping, controlling, ruining or improving your life. We can all learn from the “Bertrand Model”. Make sure that you manage social media — don’t let social m... ...more 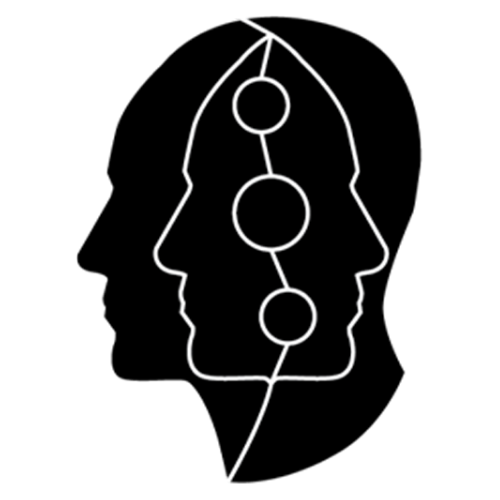 Why is the Social Media Persona Considered As the New B.F Skinner Box? Here is All You Need to Know!

There are thousands of things that can be positively done. Social media persona is addressing psychological issues for the positive and negative giving a transparent perspective on the matter. People ... ...more

We created this protocol and treatment years back in 2019, because we saw the future. And here we are in 2021, where governments are changing, businesses are changing and people are changing. And all... ...more

Welcome to the Office of Jonathan N. Bertrand. Your source for all things Social Media Awareness.

This Site Is Managed By The Social Media Research Corporation